During the Second World War the paperback series known as the Armed Services Editions were distributed free to American soldiers, sailors, and airmen overseas. 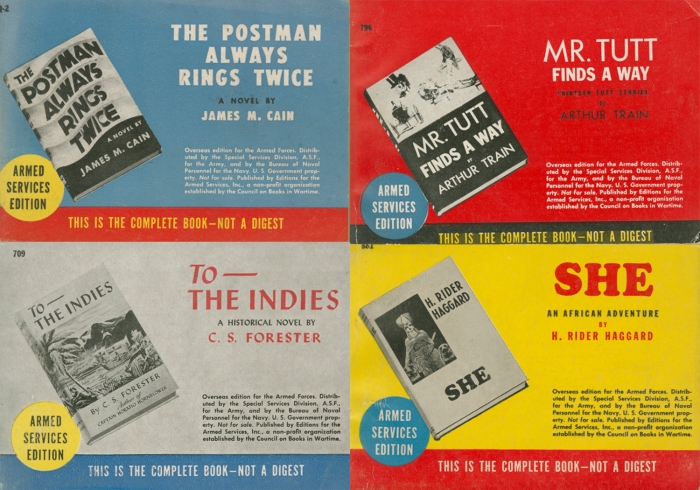 The idea for the program came from two Army officers and was further developed by the Council on Books in Wartime, an association of publishers, booksellers, and librarians.  This group was able to convince the armed forces, publishers, and printing firms of the positive impact that this initiative would have on the American men in uniform.

Not sold or available in the United States, these paperback books introduced thousands of servicemen to the pleasures of reading.  Between 1943 and 1947, almost 123 million copies of 1,322 titles were printed.  All types of literature were available: classics, best-sellers, non-fiction, mysteries, and westerns, among others.

The books displayed here are from the Grand Valley State University Libraries’ collections and loaned by J. Randall Bergers.